U13 triumph in the Independent Schools Football Association final 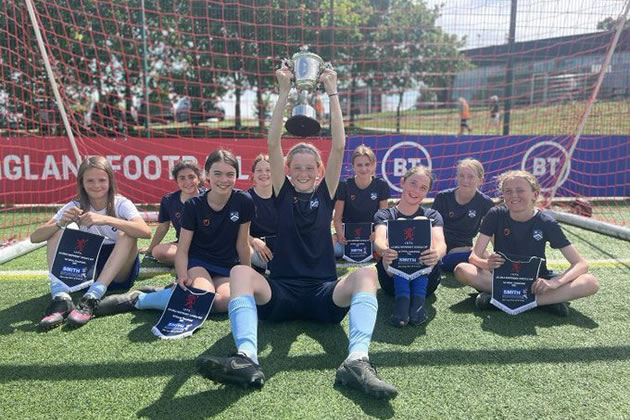 The winning team with its trophy

Ahead of the success of the Lionesses in the Women’s Euro 2022, a girls' team from Latymer Upper has won a trophy in a national competition.

Latymer was one of 12 qualifying teams who made the trip to St George’s Park to take part in the Smith Construction U13 Girls National Finals.

After a draw against Lingfield in their first match, the team beat Cheadle Hulme in their second match. This was the start of their winning streak in the group stage, winning all their remaining games to top the group. In the semi-final they beat Repton Prep on penalties thanks to a magnificent save from Jemima.

The final against Surbiton was close with Latymer managing to score the opening goal followed by a quick second. Surbiton came back quickly to make the score 2-1, but Latymer were able to hold on to the lead to win the game and lift the trophy.

"I am so proud of them,” said Head, Mr Goodhew. “This is the first time our girls football team has won a national title! A fantastic achievement and it comes at a significant time, as we celebrate 25 years as a co-ed school. Our girls have won at Henley Royal Regatta, twice so far and to now have this national title, really marks how far we’ve come since the first girls joined our Sixth Form in 1996.” 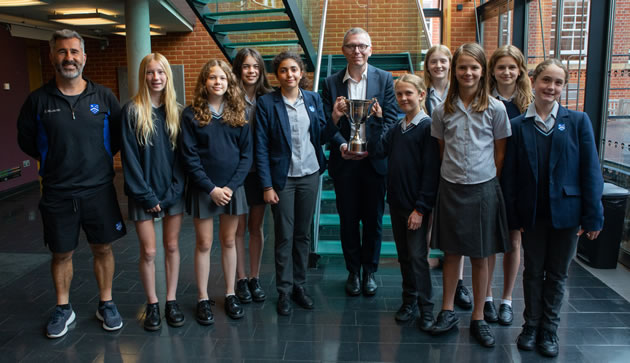 “We’ve seen such a growth in girls’ football,” said Latymer’s Director of Sport, Natalie Maclean. “The competition between schools is getting more fierce as more and more talented players are coming through. This is a really strong team, they communicate with each other so well and really understand their roles within the team. The girls have showed such resilience and determination through the season and I’m absolutely delighted to see them lift this trophy. They deserve it!”

ISFA is affiliated to The Football Association and is recognised by The FA as the body responsible for the development of the game in the independent sector.